Miles Americans drove in May

Down again. The price of gasoline obviously does matter.

Two ways to be disingenuous about your greenhouse-gas plan

Spotty posting lately — paid work’s been running me ragged. But here’s a superb post from Paul Wells, looking at how the Tories’ carbon-cutting policy matches up with the Liberals‘.

The Conservatives can’t have it both ways: their plan is only stronger than the Liberals’ if it is applied in such a way as to impose onerous deadlines and real costs on emitters. So they can’t claim their plan is tougher at the same time as they complain about the costs of Dion’s.

Of course, when I use phrases like “can’t have it both ways” and “they can’t claim,” I mean they certainly will claim and they probably can have it both ways. This is the evolving John Baird Two-Step, which the minister has rehearsed in a few interviews this summer: Why put up with the nasty cost of the Liberal tax scheme, when you can have the much tougher, more responsible Conservative plan instead?

This analysis strikes me as taking the Conservatives’ plan much too seriously. It’s been well over a year since the policy was announced — where’s the implementation plan? Perhaps the Tories thought there’d have been an election by now, sending everything back to Square One, but no such luck.

The approach here seems to be to promote a ridiculously tough policy that you have no intention of actually putting into practice. That way you can really have it both ways.

With this absurd speech.

… I’m proposing today a strategic initiative designed to free us from the crises that are holding us down and to regain control of our own destiny. It’s not the only thing we need to do. But this strategic challenge is the lynchpin of a bold new strategy needed to re-power America.

Today I challenge our nation to commit to producing 100 percent of our electricity from renewable energy and truly clean carbon-free sources within 10 years.

For reasons I still haven’t grasped, it’s nearly impossible to write about climate change in a mainstream setting without having denialists pop up and, among other things, accuse you of taking orders from Al Gore. (My friend and Ottawa Citizen colleague Kate Heartfield remarked on it a little while ago.) Or, for reasons even more obscure, “Algore,” like he’s a biomechanical replicant of a former vice-president with a model and make instead of a person with a regular name.

But anyway, the criticism usually revolves around the idea that Gore is a crank, full of pie-in-the-sky ideas about someday we might live in a paradaisical vision of windmills and solar panels, not useful proposal for what we might actually do right now in the world we actually live in. Or, alternatively, that he’s a doomsayer whose obviously absurd prophecies of planetary doom are beneath any rational consideration.

Either line of criticism is so disconnected from the reality of Gore’s message, and the manifestly reasonable tone of his main vehicle An Inconvenient Truth, that they’re difficult to engage.

Then he goes and says something like that America should be carbon-neutral in its electricity generation by 2018. And he compares it to the U.S. space program.

On July 16, 1969, the United States of America was finally ready to meet President Kennedy’s challenge of landing Americans on the moon. I will never forget standing beside my father a few miles from the launch site, waiting for the giant Saturn 5 rocket to lift Apollo 11 into the sky. I was a young man, 21 years old, who had graduated from college a month before and was enlisting in the United States Army three weeks later.

I will never forget the inspiration of those minutes.

I wasn’t alive for them, so maybe I can’t fully comprehend the power of the moment he’s talking about, but this strikes me as a dangerously false parallel. The Apollo program, as ambitious as it was, was essentially about making it possible for a few people (astronauts) to do one thing (walk on the Moon) once. More often if possible, but once would meet the challenge. Gore is talking about changing the way everybody does everything, for always. (Clive Crook makes a similar argument here.)

Someone whose public credibility is as fragile as Gore’s is — on a rising curve but certainly not secure — and so important to the movement he argues is key to the continued viability of the planet Earth as a home for humanity, should treat it with a little more care.

Does he even mean it? “I see my role as enlarging the political space in which Senator Obama or Senator McCain can confront this issue as president next year,” he says. Translation: I advocate the impossible so that the possible becomes more probable. Fair enough, one might say. But propaganda in a good cause is still propaganda, isn’t it?

Look. It’s not happening, no matter who gets elected. Building a new wind farm, a small one, takes two years, and there’s a shortage of gear and qualified people to install and maintain it. You can’t fix that in a decade (see the difference between an accomplishment for the few and a fundamental change for the many, above). It’s so far from happening that it’s difficult even to take the idea seriously. You can’t.

It’ll be all the denialists talk about for the next year, pointing and laughing, and for a change they’ll be right.

Learning from each other 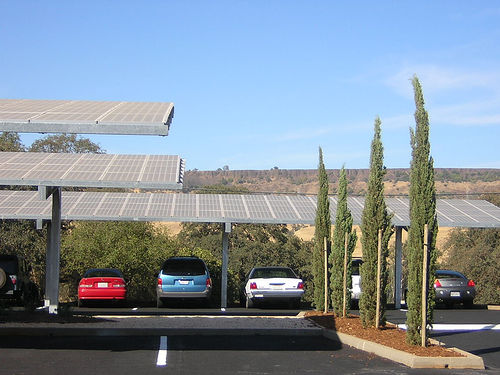 Alex Steffen of WorldChanging muses (after a conversation with Cory Doctorow) on just how suburbs and exurbs hard-hit by expensive energy could be rebuilt into (greater) self-reliance:

What would it be like, we wondered, if folks who knew tools and innovation left the comfy bright green cities and traveled to the dead mall suburban slums, rustbelt browntowns and climate-smacked farm communities and started helping the locals get the tools they needed. We imagined that it would need an almost missionary fervor, something like the Inquisition (which largely destroyed knowledge) in reverse, a crusade of open sharing, or as Cory promptly dubbed it, the Outquisition.

I share the optimism about human ingenuity that is WorldChanging’s bedrock premise, and my libertarian inclinations lead me to love the idea of individuals and communities learning to do for themselves, rather than relying on large-scale systems — governmental or corporate — to sort out the hard stuff for them. A talented society is a resilient society.

The preachiness is a bit of a put-off, though, the idea that the suburbs are a kingdom of the damned who need to be shown the light by people from “the comfy bright green cities.” Most people in cities don’t know how to grow anything much or wire solar panels or filter rainwater for drinking any more than your typical suburbanite does, and the suburbanites have the advantage, mixed though it is, of generally having more land.

I suspect city folk will need to hire more than a few experts from “climate-smacked farm communities” to show them how a few things are done.

No way not to be appalled

George Bush surprised world leaders with a joke about his poor record on the environment as he left the G8 summit in Japan.

The American leader, who has been condemned throughout his presidency for failing to tackle climate change, ended a private meeting with the words: “Goodbye from the world’s biggest polluter.”

He then punched the air while grinning widely, as the rest of those present including Gordon Brown and Nicolas Sarkozy looked on in shock.

That’s not the Onion, it’s the Daily Telegraph. What can you say?

As disappointing (albeit expected) as the G8 countries’ meaningless declaration on their plans to cut greenhouse-gas emissions is, Prime Minister Stephen Harper’s remarks on the subject are the most compelling sum-up of his views I’ve heard yet:

“The argument that we should do more is an interesting argument, but it can’t be made by those who aren’t doing anything, so I think the pressure will be on them to do something,” the prime minister told reporters at the luxury hotel where the summit was held.

In the coming years, developing countries will account for the overwhelming majority of the world’s emissions, Harper noted.

“I could show you the graphs. We cannot control greenhouse gases in the developed world alone,” he said.

“By 2050, the developed world will probably represent no more than 20 per cent of emissions, so when we say we need participation by developing countries, this is not a philosophical position. This is a mathematical certainty.”

Hard to make sweeping conclusions based on a poll asking Canadians at large about one province’s policy for its own people, but I’ll go as far as calling this encouraging:

When told that the government of British Columbia had recently introduced “a carbon tax on fossil fuels to reduce greenhouse gas emissions,” 72 per cent of those surveyed in the poll said that this was a positive step versus 23 per cent who thought that it was a negative step. The poll surveyed 1,009 Canadian adults across the country between April 29 and May 9, 2008 and is considered accurate within 3.1 percentage points, 19 times out of 20.

Jason Doud, a research analyst at McAllister, said he’s not surprised at the results since his firm’s recent polls have consistently revealed that Canadians are more concerned about the environment than other issues.

“The support for B.C.’s carbon tax is fairly uniform across Canada,” he said. “Six out of 10 people definitely support it when you look at the numbers.”

The EcoLibertarian
Create a free website or blog at WordPress.com.